A great movie can turn a visit to the cinema theatre more than just a leisure activity. Well, one such empowering movie is the most recent and the talk of the globe “END GAME”. The take away from this movie wasn’t a mere satisfaction but also have learnt many lessons, of which today I want to focus on 5 Important investment lessons learnt from Avengers series.

1) Have a Mar-Vell backup plan:
You might be having enough powers to defeat anything even in the worst case scenario… You can do this all day, but every powerful source needs a reserve for unanticipated eventualities. 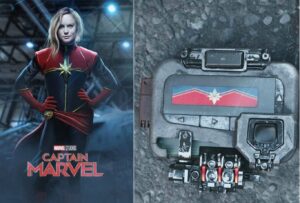 Similarly, even in our lives, we might have saved enough for our long term needs, but it is always suggested to have emergency funds which are invested in easily accessible avenues such as savings account, fixed deposits, liquid mutual funds etc., for rescue

2) Who supported Cassie (Antman’s daughter) for her financials after the wipe off?
If Cassie’s Parents (Ant-man, Maggie, Paxton) were gone in the snap, who would have helped her financially?

I’m sure, Ant-Man would have taken term insurance for his family. Term insurance is the most cost-effective way of ensuring the financial security of your family in the event of the untimely death of the bread earner of the family.
“Joh apneh parivaar sei kareh pyaar, woh term insurance sei kaise kare inkaar…”

3) Don’t bring your entire army at a single instance for war… Have multiple battlefronts..
When Thanos travelled from past to future, he brought his entire army! That lead to the downfall of his entire troops and himself in the snap! 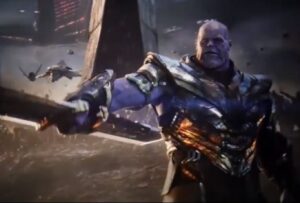 Likewise, don’t invest all your monies in a single fund / single asset class. Have diversity, so that if one investment doesn’t perform to your expectations other investments will make up for it.
I guess I need not remind you of the age-old saying that NEVER PUT ALL YOUR EGGS IN ONE BASKET

4) Don’t allow emotions become the lord of your decisions…
In the first instance, if Star-Lord has never brought up his emotions, half of the universe would have been survived, even though efforts have been applied in Endgame to retrieve every one, we still have lost our few beloved warriors… (I am resisting mentioning whom we lost in the endgame for the ones who are yet to see…) 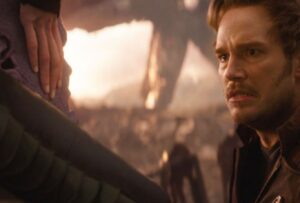 Likewise don’t let your emotions, like Fear, Self Blame, Attachment over stocks, play with you when you are in the market. Don’t get attached to your investment. Be practical and be logical.

5) Even Ancient One failed to see the rationale behind the action in the first instance.
When Hulk met Ancient One, in the beginning, she denied giving Time Stone. Later when she realized that it was the choice made by Dr. Strange to give away Time Stone, she understood that she was wrong.

Always remember investment in equities is subject to market risk… Longer the term, lower is the gravity of the risk….

Dear Marvel fans, Marvel isn’t just a movie, its an emotion, it taught us about friendship, about commitment, trust, integrity and what not… Share with us what Marvel has taught you too…